Trafalgar Square’s most famous resident, Admiral Lord Nelson gets a new hat for the first time in 200 years, as part of the visual spectacular that is HATWALK, commissioned by the Mayor of London, in partnership with BT, Grazia magazine, the British Fashion Council and the London 2012 Festival, July 30, 2012 in London, England. Nelson is one of 20 well-known statues across the capital adorned with newly created, bespoke headwear from today. Lock & Co, the oldest hatters in London, established in 1676, and famed for making Nelson’s original bicorn hat, has created an updated version, complete with Olympic torch as a nod to a summer like no other in this city. Curated by world renowned British milliners, Stephen Jones and Philip Treacy, HATWALK brings together 21 emerging and established designers to showcase British millinery at its very best. 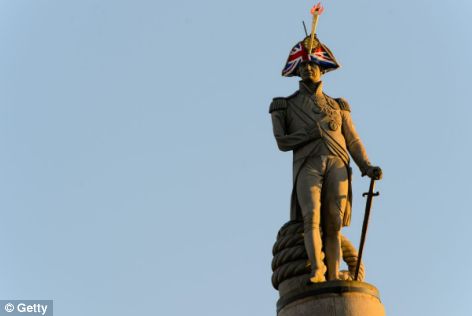