Yet again, we have had another successful School workshop organised by Impact. Grey Advertising and ReachOut all collaborated together for the Future Proofing Talent Through Diversity programme working with a group of 13 year old boys from Bow School.

To kick things off, we were met with a warm welcome from the Grey team who wasted no time and showed us around the truly amazing creative work space, leaving no stone unturned, the boys had an opportunity to see where the magic happens.

After the excitement of the office tour, we were taken into a large boardroom where they explained what an advertising agency is, some of the brands that Grey are working with and how all of the departments within Grey contribute to create remarkable campaigns. They explained the day to day duties of the teams, ranging from Account Managers, Planners, Creatives and Production.

To capture the boys’ attention they were shown a relevant advert, a brand that they could relate to. They then had a chance to express their thoughts and how it made them feel. It was insightful to discuss how the behind the scene work collaborates together to bring the ad campaign to life. It was good to see the boys putting up their hands, asking questions and voicing their opinion on what role they would like to be involved in and why.

The group were then split into four teams and set a task to create their very own campaign and present it to Grey based on all the knowledge that they had absorbed during the workshop. They did very well and we were all very impressed to hear such forward thinking briefs, with good ideas on the brand audience, brand ambassadors and the purpose. They were all very forthcoming and confident in choosing what current social media platforms would best suit their campaign.

Throughout the workshop the students were enthusiastic, having fun and were all very engaged. They asked some very interesting questions and really enjoyed the overall experience with one even mentioning that he would love to work in a creative space like Grey! 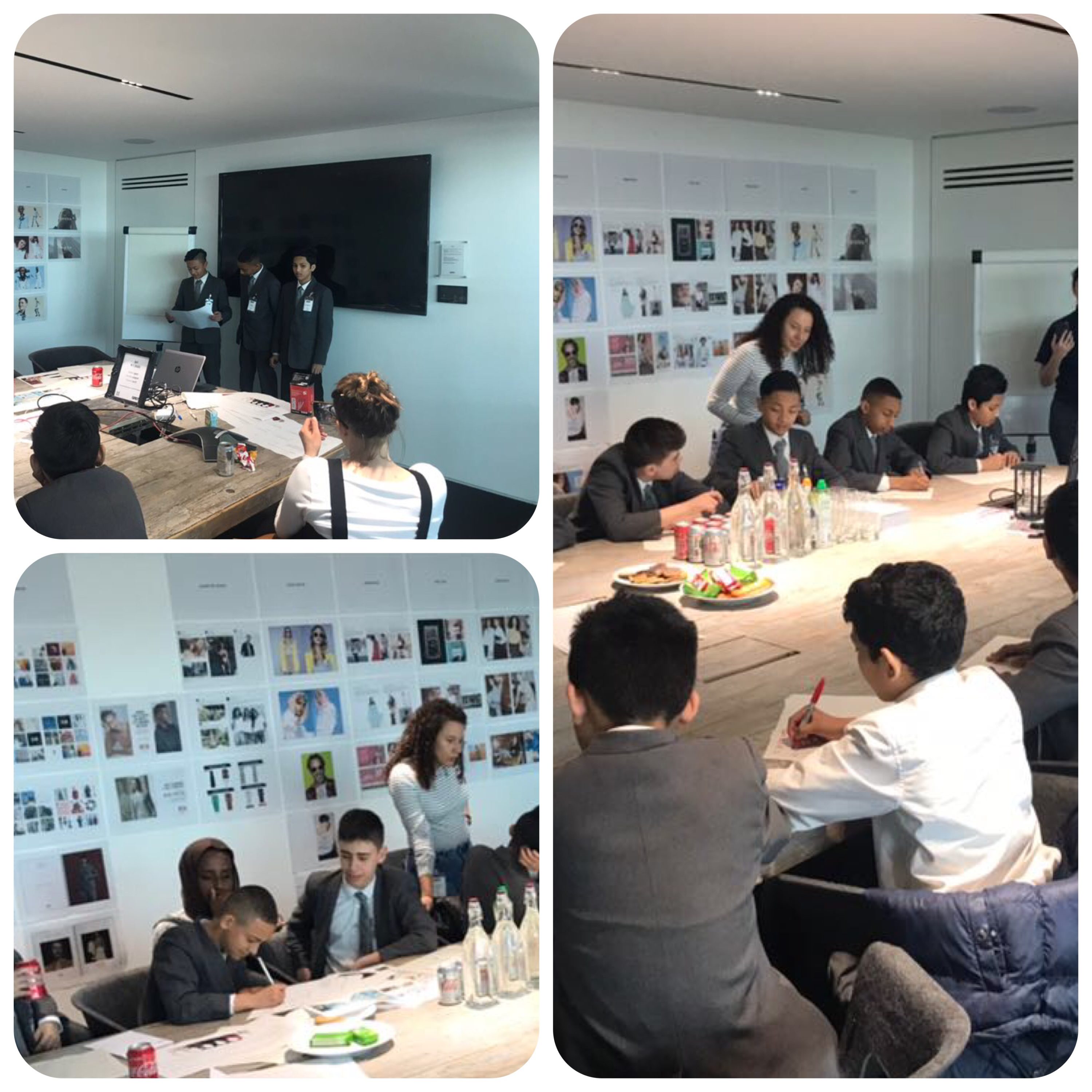