Volunteering At Clapton Girl’s Academy Was An Excellent Experience!

As part of our Future Proofing Talent Through Diversity project, 3 Impact Team members attended Clapton girl’s academy for a day of inspiration for Year 8 students.

The whole day involved custom made and the entire year 8 girls to come up with a design and a concept to sell a T-shirt and a bag during the London fashion week.

What struck me was the progression of student’s behaviour throughout the day. We started with some introductory exercises and the structure of the day ahead. Volunteers took it in turn to present and coordinate different activities to the students. We discussed the skills and responsibilities needed for the main roles a project like this would need such as Brand Design, Marketing Manager and Finance Manager.

The concept was fantastic as students were already able to tell if they preferred being creative with design, mathematical to look after the budget or making the final decisions as project manager. As each form were separate with a handful of volunteers to each group, a great energy beamed from every classroom, as everyone felt invested with in the task. Volunteers were divided up really well by profession which was handy as each one of us could have an input each step of the way, assisting from marketing to budget control!

We were so impressed by some of some of the ideas chosen by the students to represent their brand, especially as they had such a short amount of time! The girls were so forward-thinking, mature and used their brands to fight inequality amongst race and sexuality, gender gaps, body shaming and the environment. It was inspiring and reassuring to hear the younger generation speak so passionately about issues that even companies today struggle to deal with.

It was a prime example that great things happen when people work together, everyone adding its own skill set and sensibility. 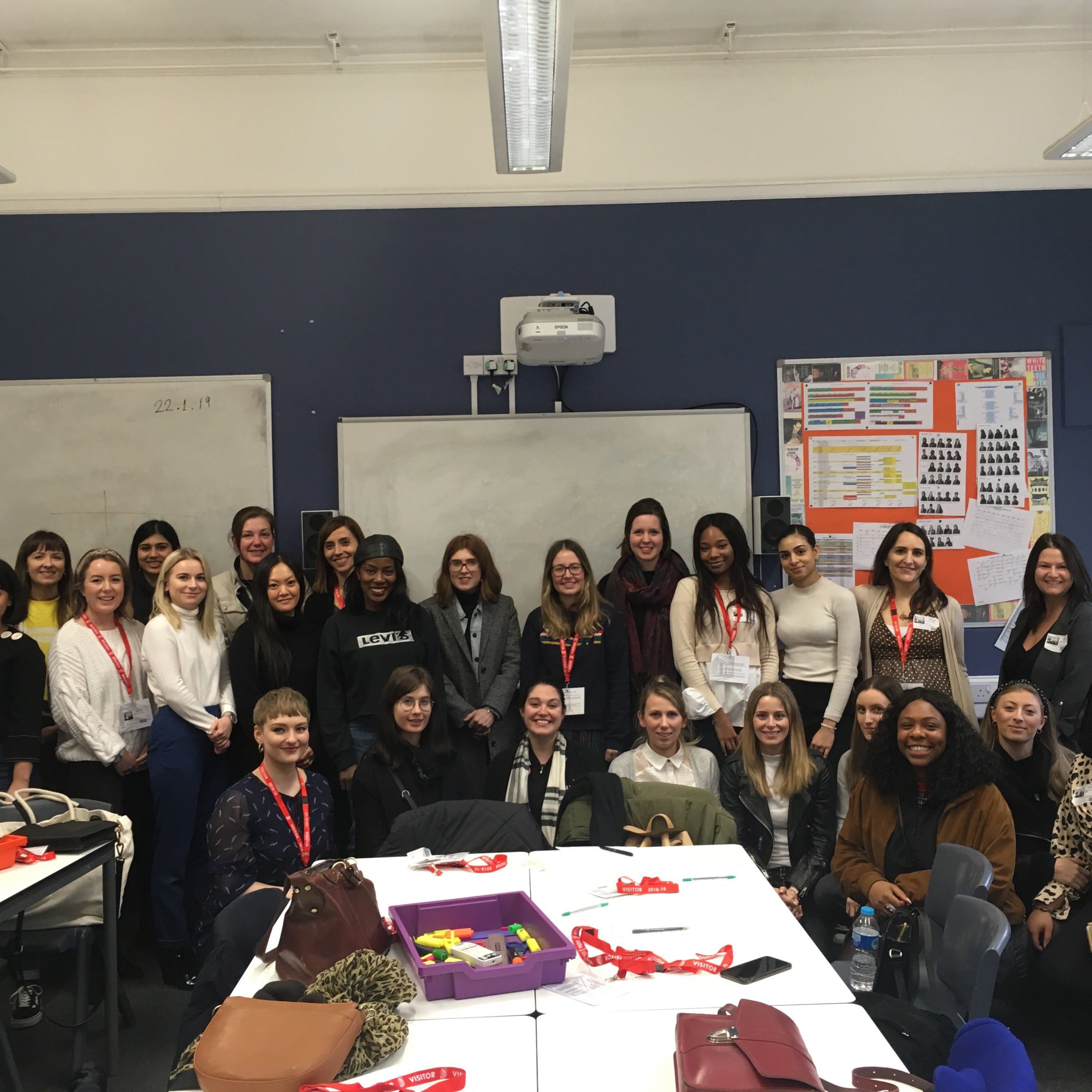